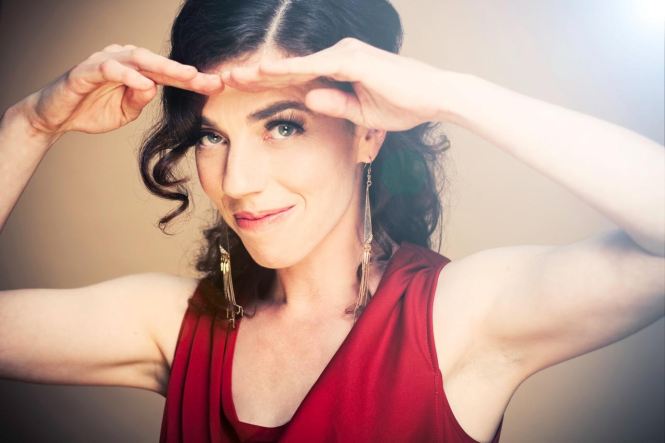 Treasa Levasseur moved to Hamilton in 2013 and is proud to be taking part in Steel City Stories. Treasa has released 4 albums of original songs, including the Juno-nominated Low Fidelity, which she toured across North America in her dearly departed mini-van, Vinnieman. Treasa is also in demand as a session player on her trusty accordion, and has been mastering the glockenspiel, the fife and the dulcimer (among other weird instruments).

She has made her living for the last 18 years singing songs and making couch forts with preschoolers across the GTA, and strongly believes she should have been the 6th spice girl, Pumpkin Pie Spice.  She loves facilitating sessions at Art Forms, and is constantly inspired by the courage and creativity of the youth community there.

‘Some Assembly Required’ is on Saturday, November 1st, at Mills Hardware. Doors open at 7pm and you can buy advance tickets for $10 here!